In December, 1970, Mike and Emily Pearson moved to Idyllwild, California. The couple started Pearson’s Wood Service, a full -service tree and brush removal company, in 1979. Emily went to work at the Chart House Restaurant in Idyllwild in 1982, and became the second woman manager in the entire Chart House chain. She remained with the company for 10 years. Tired of the corporate world, she went to work at Jan’s Red Kettle in the center of Idyllwild and worked there for about 25 years.

The restaurant sold and she became a short term partner of the Red Kettle. At age 12, Emily’s daughter, Martha, began to work with Emily in the restaurant. Martha continued with the restaurant for 23 years. She took one short break to become a paramedic on the streets of L.A., but returned soon after with a true appreciation for this micro community on the Mountain. In 1999 Emily became a local Realtor and maintains her real estate customers.

The Pearsons have always been very active in the community with Lions Club, Soroptimists and the local schools. Emily and good friend Jan Boss started the Halloween Carnival for the community in 1985. For the last 25 years Mike and Emily have been key members of the Annual Tree lighting ceremony during the Christmas season. And because they love the food industry along with the great customers of Idyllwild and surrounding communities, Emily and Martha decided to open the Mountain Center Café in 2013. They truly hope you enjoy their little café. Emily and Martha expect the best from their staff and would like to know if we do not meet the goal of offering the best customer service experience possible.

WE NOW HAVE GLUTEN-FREE BREAD! 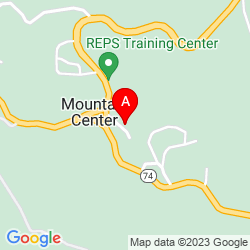